Imagine not only being incarcerated for something you didn’t do, but then being condemned to death? In an exclusive interview, Nick Yarris the man in question here has agreed to share his tale with me, and what a tale of injustice it is. 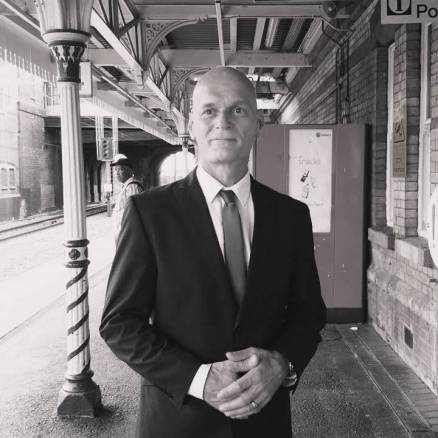 For me in normal day to day life, being accused of something I didn’t do is very hard to stomach, and these are normally very menial – imagine your life being taken away from you before your very eyes and all you are entirely guilty of is innocence.

In 1981 Nick Yarris was pulled over for a driving violation by the Pennsylvania police department, this quickly escalated to a heated confrontation between Yarris and the police officer, which resulted in Yarris being arrested for attempted murder of said police officer.

Whilst in custody, separate details had emerged of a woman in the local area who had been stabbed, raped and brutally murdered. This woman was called Mrs. Linda May Craig. Yarris, claimed that an acquaintance of his had in fact murdered this woman – this at the time was a desperate ploy to win back his liberty in the form of a plea bargain, the police ruled out Yarris’ suspect, putting Yarris directly in the firing line as the main suspect of the rape and murder of Linda May Craig.

In a few days a traffic violation quickly escalated into two separate and very serious charges. Evidence was collected, but due to the investigation not being thorough enough, Yarris had to wait for two gruelling decades for the evidence which was detrimental to proving his innocence in 2004, to come to light.

“At one point the buildings were on fire, we knew they would let us burn.”

I asked Yarris how he felt the moment he found out his unfortunate fate when that guilty verdict was read out, he explained: “I was overwhelmed with the thoughts of what being arrested would do to my parents. To be charged with rape and accused of murder for psychologically made up claims made me feel so much pity for my parents being tormented.”

He continued: “I knew I had done nothing, but I cared about them more than myself.” It’s incredible that even in that moment of what could have only been pure despair, he thought about his parents, and not himself.

I was intrigued to find out what the experience of prison was truly like, he said: “My days of incarceration changed based on the era. In the 1980s it began in total silence, it quickly became very loud once crack cocaine forced the prison to share death row with disciplinary inmates in the housing units.” I then asked how he stayed sane in this awful world, to which he said: “I used music and reading to erase my world, so basically I read for up to 16 hours a day for 23 years.”

Pennsylvania’s death row was only implemented in the November of 1982, the year Yarris was convicted and sentenced to death. He explained:  “All men sentenced by a jury (or by judge after a jury recommended death) were to be locked in a cell 23 hours a day. I was held in this way until January 16th 2004. My sentence formally was imposed on my mothers 50th Birthday January 24th 1983. The jury recommended it July 1st 1982.”

Spending countless hours locked up, I wondered whether Yarris formed any close bonds whilst in prison as he was in solitary confinement for a considerable while. He explained that there were two men who were also on death row an Ernie Simmons who has since been released, and a Walter Ogrod, who is hoping for a soon release. “I’ll never forget my promise to them – that I would fight for their freedom” he said.

“I need to always remember that it was not personal what happened to me.”

Obviously, prison is no easy feat at any time or juncture, but I asked Yarris to recall his very worst memory, and just on a personal note, I think this account really does put into perspective just how injust this incarceration was… he recalled: “My worst memory is living through the 1989 riot in Huntingdon Prison. At one point, the buildings were on fire and we knew they would let us burn. I then watched as black clad storm troopers abused hundreds of men all night. It was a scene no one should have to recall.”

Amazingly enough, Yarris also remembered some good times he had including his most precious memory: “The day I held my mother in a county jail visit after no human hand had touched me for 14 years. Even though I had to wear shackles on my legs, I knew a sense of the word “home” like no other while she held me on December 3rd 2003.”

I’m trying not to interject to much with my own opinion – but when someone’s happiest memory in over two decades is that their mother held them, having had no human contact is one of the most touching yet sad things I have ever heard, and I query how Yarris doesn’t feel severe hatred towards the American ‘justice’ system… but it’s not me in question here.

Yarris throughout the whole time claimed his innocence, and wanted a retrial based on insufficient evidence. In 1989 he became one of the first ever Pennsylvania’s death row inmates to be granted a post conviction DNA trial. Testing went on throughout the 90s with no success. Then in 2003, a Dr Edward Blake conducted further testing and investigation into Yarris’ case, the results from this more advanced testing excluded Yarris from all evidence and material in connection with the crime that happened in 1981.

Programmes such as Making A Murderer have highlighted elements of injustice within the American justice system in recent times. I asked Yarris how he feels towards them… He answered humbly, and said: “I feel now more than ever we can make strides in our judicial system and I am always very hopeful of better.” He continued, “I have nothing negative to say because what happened to me has happened to many others and I need to always remember that it was not personal what happened to me.”

I’m not in anyway naïve enough to think that this kind of unfairness isn’t still happening throughout the world, however more and more awareness is present and we have more access to information leading to the truth now more than ever. Yarris will never get those 20 or more years back, that’s a given. But others might.

I guess for Yarris, it’s time to stop looking to the past and entirely focus on his future, he beamed: “I just had a baby girl and I’m the happiest I’ve been in my life. That is all I know my parents would have wanted for me in the aftermath of all this.”

Never give up hope, is the clear message here. Yarris’s story is harrowing, terrifying and liberating all at the same time, let his experience and strength of character help to inspire you in whatever problems you face. Being denied your liberty is one of the worst things a human can face, but sometimes this happens without bars and locked doors. Maybe you didn’t get that deserved promotion, perhaps someone was taken from you or other tragic circumstances happened out side of your control.

We all face injustice, be it big or small.

Yarris is bringing out a book about his life, The Fear of 13 is out November 2016 and will be published by Penguin Random House. The Fear of 13 a film is also being made based on Yarris’s life, more details on this will come out next year. Here is the link to Yarris’ book on Amazon